In process of getting cozy with VSCode and playing with MSP430 via LanchPad here is a simple recipe for tooling my work up.


All msp430 tolls already prepackaged on multiple Linux distros (I use Mint which is Debian-based hence apt-get is your fried.)

Checking Connection to the Target


If the output contains Device ID and Chip ID data you're good.

If it can't connect try again with sudo in case the problem is with permissions. If it works with sudo, you add udev rules to allow non-root access - plenty of info in the tubes on this (I would advice a reboot after adding rules file).

Sometimes, the hw debugger/drive gets stuck - a reconnect would fix it. Make sure it shows connected with 'lsusb|grep 430'.


Flashing the image into the device


The server is build into mspdebug it need to be running as gdb will use it to debug.

This tells the gdb to load debug info from the given elf file and execute commands to connect to the debug server. Normally, gdb uses this for remote debugin (as in on another PC) here the same is used for embedded systems.

NOTE: each time you disconnect/quit gdb the debug server must be restarted.

In the Ikea Ansluta hacking project (on github here) I have created make targets for continence:

I think it's easier to remember these than particular incantation of commands given above.

The CLI workflow would be:

Note that target-flash makes sure the code build is up to date.

By adding tasks: build and flash I can Ctrl-Shift-B to build (as normal with VS) and I can also flash directly from the IDE be selecting "Flash" task. These are added to .vscode/tasks.json file manually.

Starting debbugger with just F5 is tooled via .vscode/launch.json. This tells VSCode to use "msp430-gdb" instead of default one and it tells it to connect to remote debug server.

However, I could not make the a preLaunchTask to start the msbdebug in the background. This task seem to either exit and kill the mspdebug or the mspdebug is unable to connect despite the rules working file in shell. So for now the debug server must be started manually before entering visual debugging in the IDE.

Posted by Unknown at 2:49 PM No comments:

1) setup interrupt for P1 on P_KEY (the switch) pin

3) enter a low power mode with wake on interrupt

5) in Port 1 interrupt - toggle the max count of timer A0 between 'slow' and 'fast' blinking.

After achieving target control and reverse engineering the original firmware, the next step was to test development abilities: code, build, flash, debug.

Well, that's simple, eh? There some more code in main.c up front to setup the MPU. The Ansluta's specific definitions are all in ansluta.h.

The project is in github (later it may move beyond just flashing the LED).
https://github.com/michkrom/msp430-ansluta


The project builds from CLI on Linux (I now use Mint) but also contains VSCode workspace, intellisense and task definitions.

I have abandoned Geany for VSCode for several reasons (it's shiny, integrates with git, it's used everywhere, it's good at at-hoc projects).  Yes, VSCode is a bit "fatter", being an Electron app, but it still works on my old-but-good 10yr laptop w/ 2GB of RAM with Mint x64.

Two "targets" (pun intended): get timer to flash led, get key press to work - all with interrupts. Then,  talk to CC2500 radio.
Posted by Unknown at 11:56 AM No comments:

Since acquiring target control via Spy-Bi-Wire and LaunchPad I am able to inspect and dump flash, disassemble and program back the flash to original stage

The extracted files are in git here:
https://github.com/michkrom/msp430-ansluta/tree/master/original

In .hex intell format that is usable to programming it back:

Reprogramming back to original

Things learned from the disassembly:

Posted by Unknown at 3:59 PM No comments: 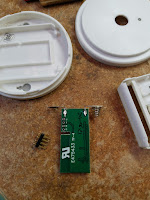 Notably, this is less important now as Ikea's own smart home gateway TRÅDFRI solves the problem of controlling Ansluta lights via home automation. Although, the system is very hack-able likely for other purposes.

Both the remote and power supplies are based on TI's MSP430 G2231 and CC2500 RF transciver. The Ansluta's PCBs have programming/debugging headers ready for hacking. 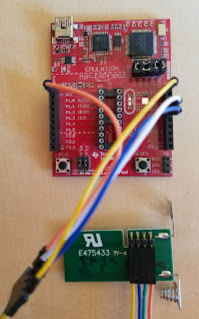 
The LunchPad Exp439G2 will power up the remote, no need for batteries. Just remove the actual MPU from the socket.

And...do not try this with transformer! this is dangerous as it's directly powered from power line. 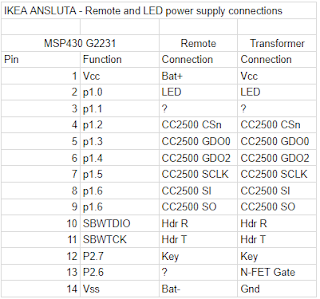 I am using lubuntu 18.04 and mspdebug (0.25/compiled locally).  and I am able to connect and break into the running code.

Here is output (parts removed - there are complains about FET interface not working...)

Next? Replace it with my own fw...when I have more time.

Here is my version of Arduino+CC2500 that is based on a great work done here.

mspdebug+gdb
Posted by Unknown at 12:01 PM No comments:

My RPiPF is doing good. So now the goal is to shut down the TV when nobody is watching.

This was done. Many times. Even here.

A simple PIR (passive infrared) connected to Rpi pin can be monitored and when no motion is detected for some time the TV gets turned off. This saves energy and potentially extends the TV life span.

The problem with (most) PIRs 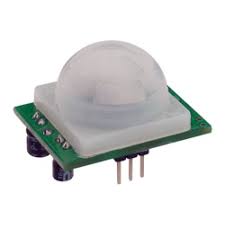 The PIR devices are contain two main components: the actual sensor that converts light into electric signals and a very high-gain amplifier. And here the problem begins. The sensor gives a very weak signal that need to be amplified so it can be detected. The amplifier however will happily amplify anything on its input, including any interference. And RPI being a decently strong EM signal  emitter (WiFi radio) when placed close to the sensor will cause unwanted tripping.

I have tried the $5 sensors that worked great in the past, both with arduino and other laptops-picture-frames. These worked great as there was no interference source nearby.

The aluminium foil shield did not work. Neither did attempt to decouple power supply with capacitors (apparently it is an inducted interference rather than a noise conducted via supply/ground lines). 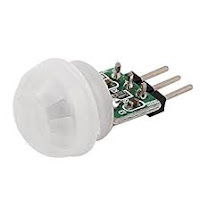 However, I found this particular mini PIR sensor resilient to the interference. The cost being the sensitivity - it's detecting motion only in less then 3-4 meters away, while the other sensors were  double this.

The complete code (bash script) is on github here:
https://github.com/michkrom/pictureframe

The main parts to make PIR work are:


Bit and nuts of the script:

Keep time: these two lines store current time int the form of number of seconds since 'epoh'. This is convenient when comparing them later.

And here we observe detected motion ($pinstate equal 1) and note when this happened.

Then compute how long it was since last time something moved

Then decide to show or not (by extending existing schedule condition)

Picture Frame - a RPiPF on the schedule

The previous builds were smaller but smarter. They actually turned off when nobody was around to see. The RPiPF (RapsberyPi Picture Frame) is not there yet.

A small step forward: turn off when nobody's around to watch and turn on when there may be - on the schedule. Turn on at 7am, turn off 11pm.

To control the TV from RPI - CEC


Consumer Electronics Control (CEC) is a control channel over the HDMI cable.

Turn the TV off:

Turn the TV on


Don't mind the CLI plumbing - these command are like magic: '-s' means execute single command while '-d 1' limits the damage to you eyes by cutting down the logging spewed back at ya. Note that the echo just pipes the actual command to the cec-client - an interactive program by birth.

Flying on a Magic Script

The ph.sh script that was previously used to just start feh. Now it does the scheduling.
The script loops and:

CEC on Pi
Posted by Unknown at 9:25 PM No comments: